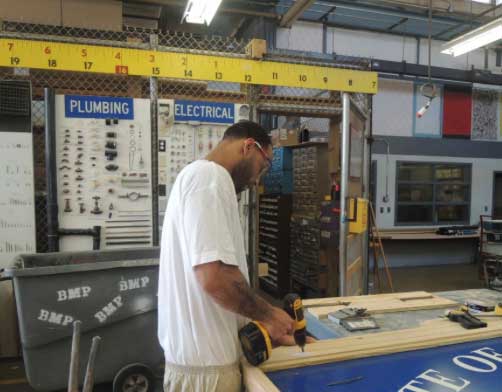 One of the glaring failures of the criminal justice system — despite exorbitant spending — in Connecticut and nationally is the rate of recidivism of prisoners: over 50% return to prison in as few as three years.

Working with inmates before and after their release makes a critical difference in their successful re-entry to society.

The single most impactful change to lower the recidivism rate is to eliminate existing barriers for the formerly incarcerated to get jobs.

The stigma the formerly incarcerated bears often precludes them from obtaining employment.

MJI seeks to bring about a change in the mindset of employers who generally are not inclined to hire the formerly incarcerated.

In our education and legislative advocacy work, we demonstrate how our society benefits when we enable the formerly incarcerated to be employed and become law-abiding, tax-paying members of society.

Recognizing that over 97% of prisoners are returned to the community; don’t we want them engaged with a job rather than being unemployed?

We understand that not all who have been formerly incarcerated are ideal candidates for employment. However, many are qualified for employment including those who:

There is considerable anecdotal evidence supporting the proposition that the formerly incarcerated often perform better than, or at least as well as, other employees in terms of their work ethic, company loyalty and overall job performance.

Perhaps because it is more difficult for formerly incarcerated to get a job, they tend to be more appreciative of the opportunity. Their motivation to keep the job and avoid unemployment is often striking.

Continuing to systematically ostracize the formerly incarcerated and to make it more difficult to be hired is not in society’s best interest.

Career Resources and its parent, The WorkPlace, are headquartered in Bridgeport with offices throughout the State. They have received national recognition for their pioneering programs that have successfully secured employment for formerly incarcerated people and other chronically unemployed members of our community.

For more information, please reach out to cyndy.cloney@maltaji.org

Many of the formerly incarcerated upon release are saddled with restrictions including public housing, public assistance and driver’s license, that make it extremely difficult to succeed. 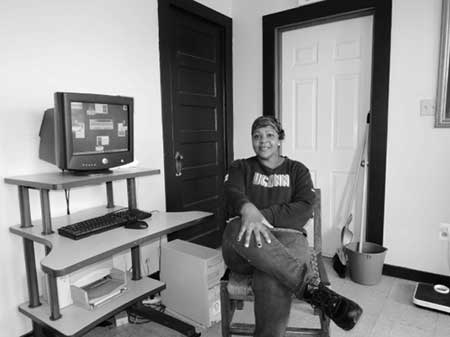 Securing transitional housing immediately upon release, along with social service support, are critical for the formerly incarcerated to successfully re-enter society.

MJI has developed a working relationship with New Life Ministries, a resettlement program serving woman upon their release from York Correctional Institution in Niantic, the State’s women’s prison. It is ecumenical with local volunteers and financial support from area churches and non-profit organizations.

New Life Ministries provides transitional housing by managing a large three-bedroom apartment in New London that is available to women upon release from prison and assists them in regaining their independence by providing coaching, case management, spiritual support and recovery support systems.

Since 1997 New Life Ministries has personally assisted over 125 women.